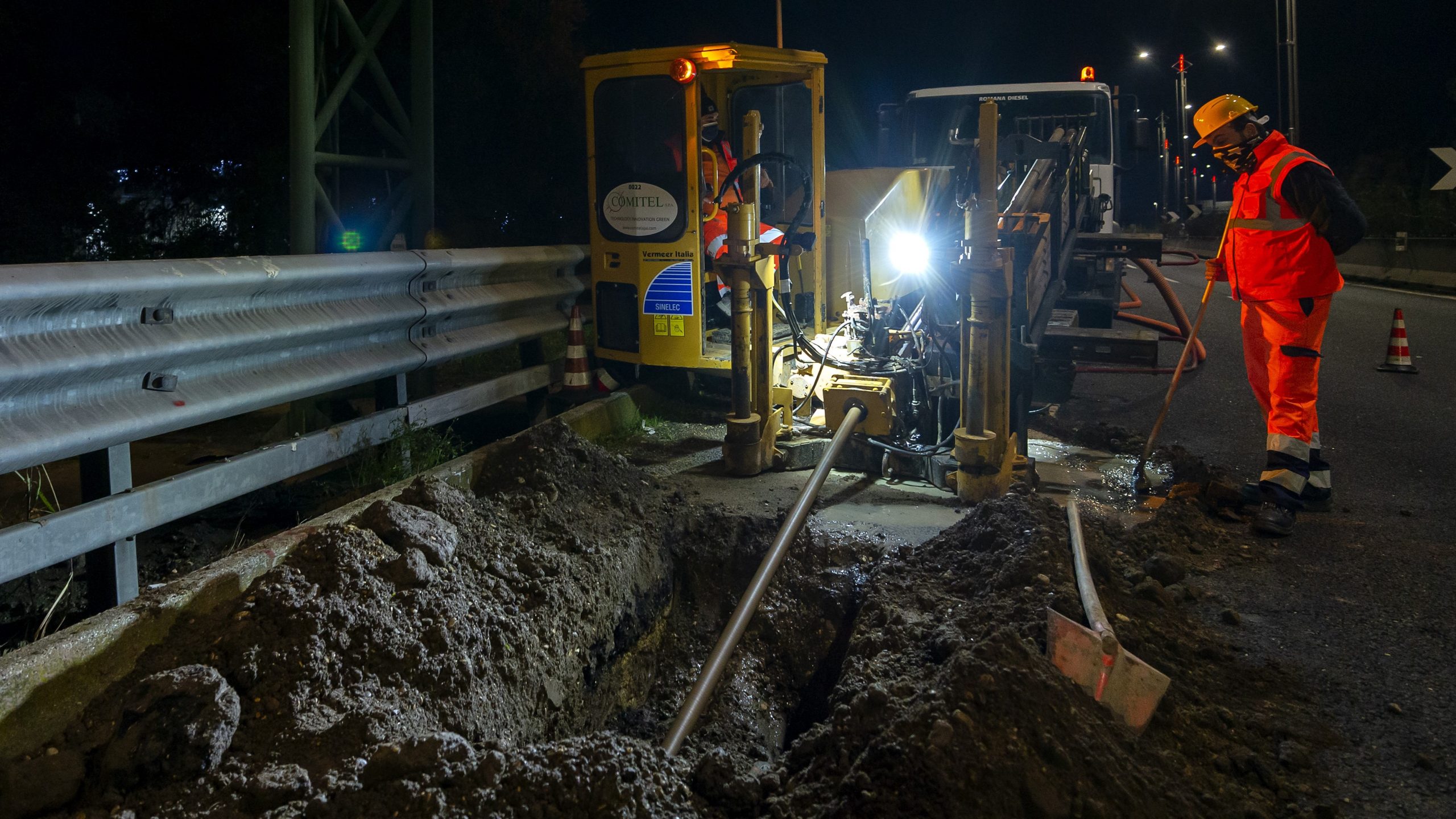 As a technology player working in transport infrastructure, SINELEC aims to support road operators in their journey towards safer, smarter and more sustainable mobility.

In four episodes, we will take a closer look at some of the most significant technological initiatives Sinelec has carried out as part of one of the most ambitious and innovative road digitisation projects in Europe: Anas’ Smart Road.

The digital transformation process of transportation infrastructure is leading us towards a new interconnected mobility. Installation and system modernisation works were therefore necessary to support this new role for infrastructure, which is destined to evolve and become intelligent, able to interact with users, vehicles and manage transport capacity and traffic flows dynamically, guaranteeing ever-increasing safety.

Horizontal Directional Drilling (HDD), also known as directional or tele-drilling, is a no-dig technology that permits cables and pipelines to be installed underground without resorting to traditional open cut excavation systems. HDD has several advantages, first and foremost the very low impact on the road system due to the small size of the construction site, which allows for normal road traffic. In addition, it is possible to build pipelines over long distances much faster than with traditional systems, thus reducing noise and atmospheric impact.

There are 3 main stages of laying by means of Horizontal Directional Drilling:

1. Pilot drilling using a drilling set manoeuvred with a combination of rotations and thrusts.

2. Reaming to adapt the hole to the cable/conduit diameter up to the required dimensions.

3. Pulling the product into position (also called launching). The pipe to be installed is assembled above ground and connected to the drill bit array, which gradually pulls it all the way through.

Employing HDD, Sinelec worked on the existing infrastructure for the agreed adaptations, positioning the fibre-optics and cables for powering the devices that make up the new smart road. The operation was performed on Rome’s Ring Road, the “Grande Raccordo Anulare” or “GRA” (A90), a key artery for mobility in the capital, and on Roma-Fiumicino Highway (A91). The GRA is vital for connecting Rome’s suburban areas because it allows users to reach the different parts of the city by travelling outside the urban area, also acting as a motorway link to the major national routes, while the Rome-Fiumicino highway connects the capital with Leonardo da Vinci International Airport. Using HDD enabled the modernisation of this key section of Rome’s road system without having to interrupt traffic, a key element in the success of the whole operation.